Live Through This, Second Edition

On Creativity and Self-Destruction 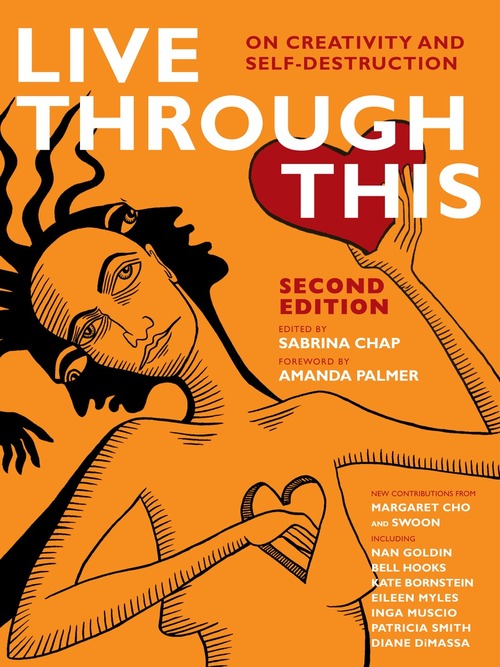 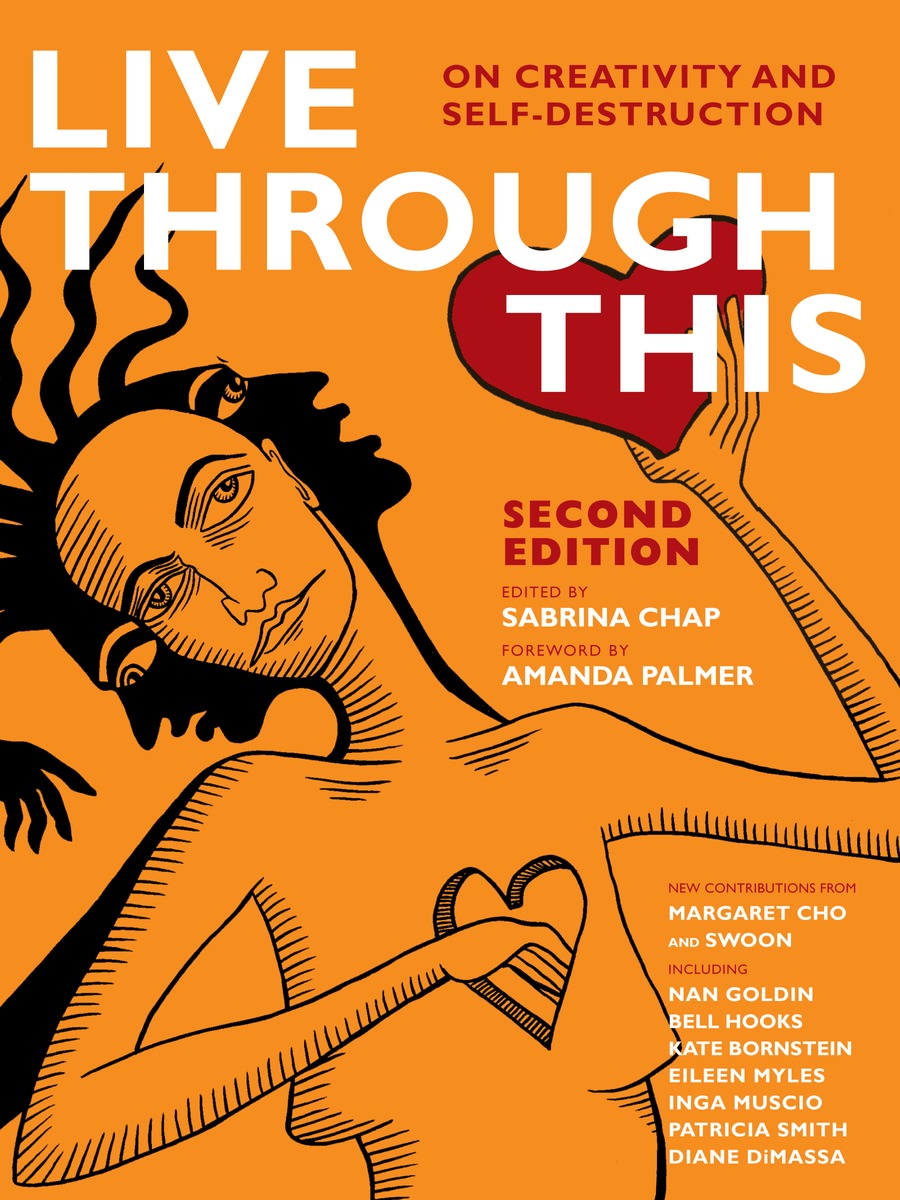 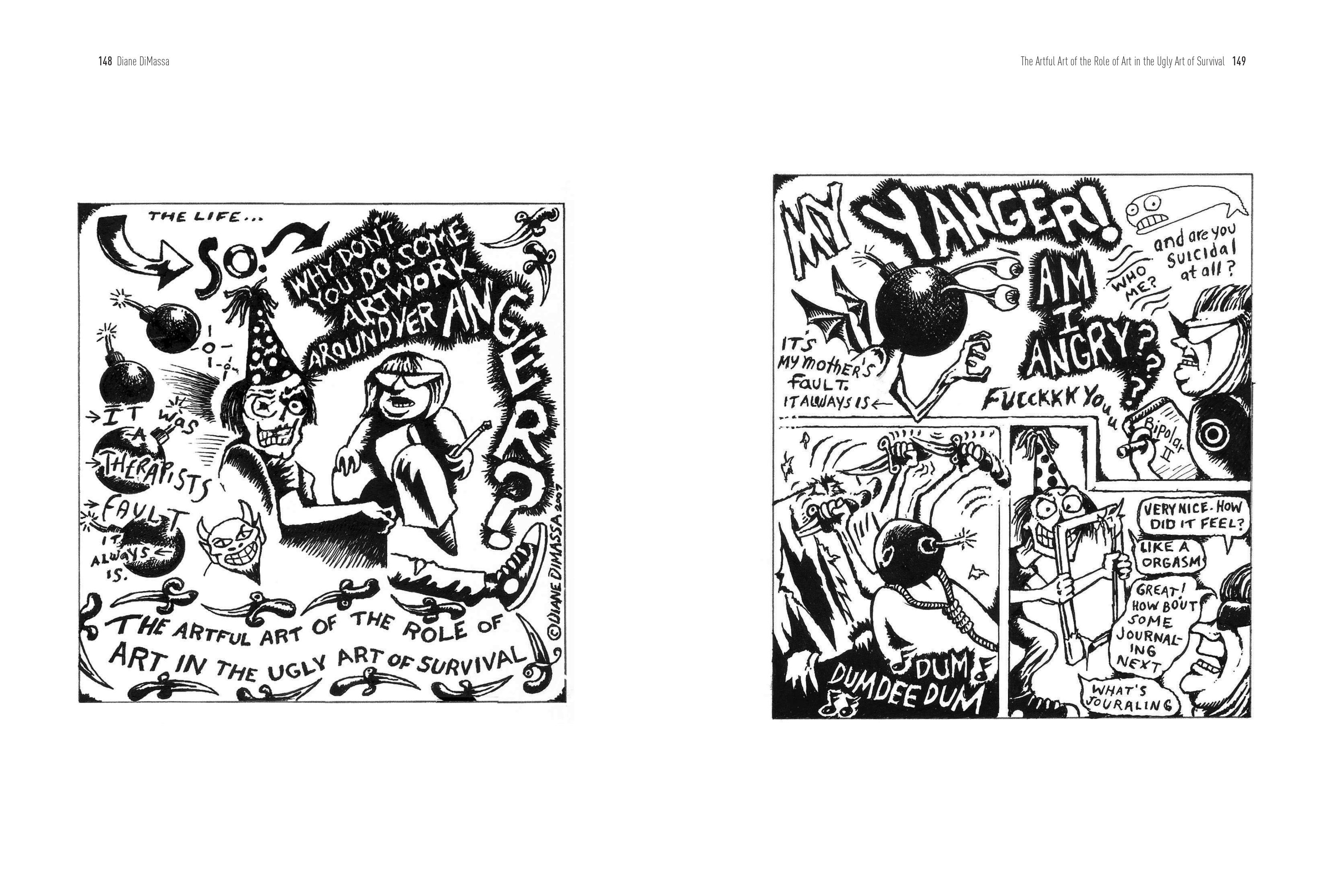 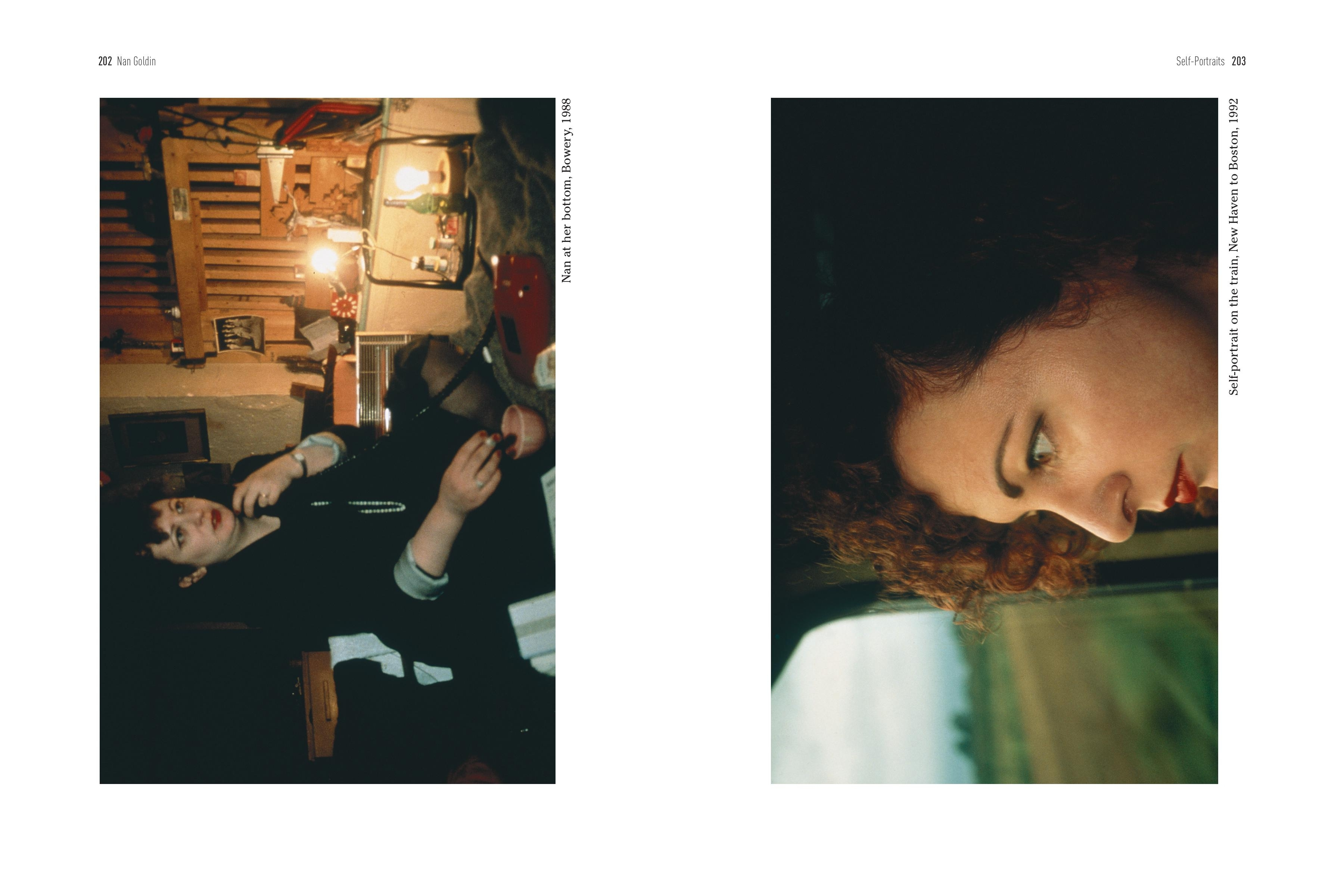 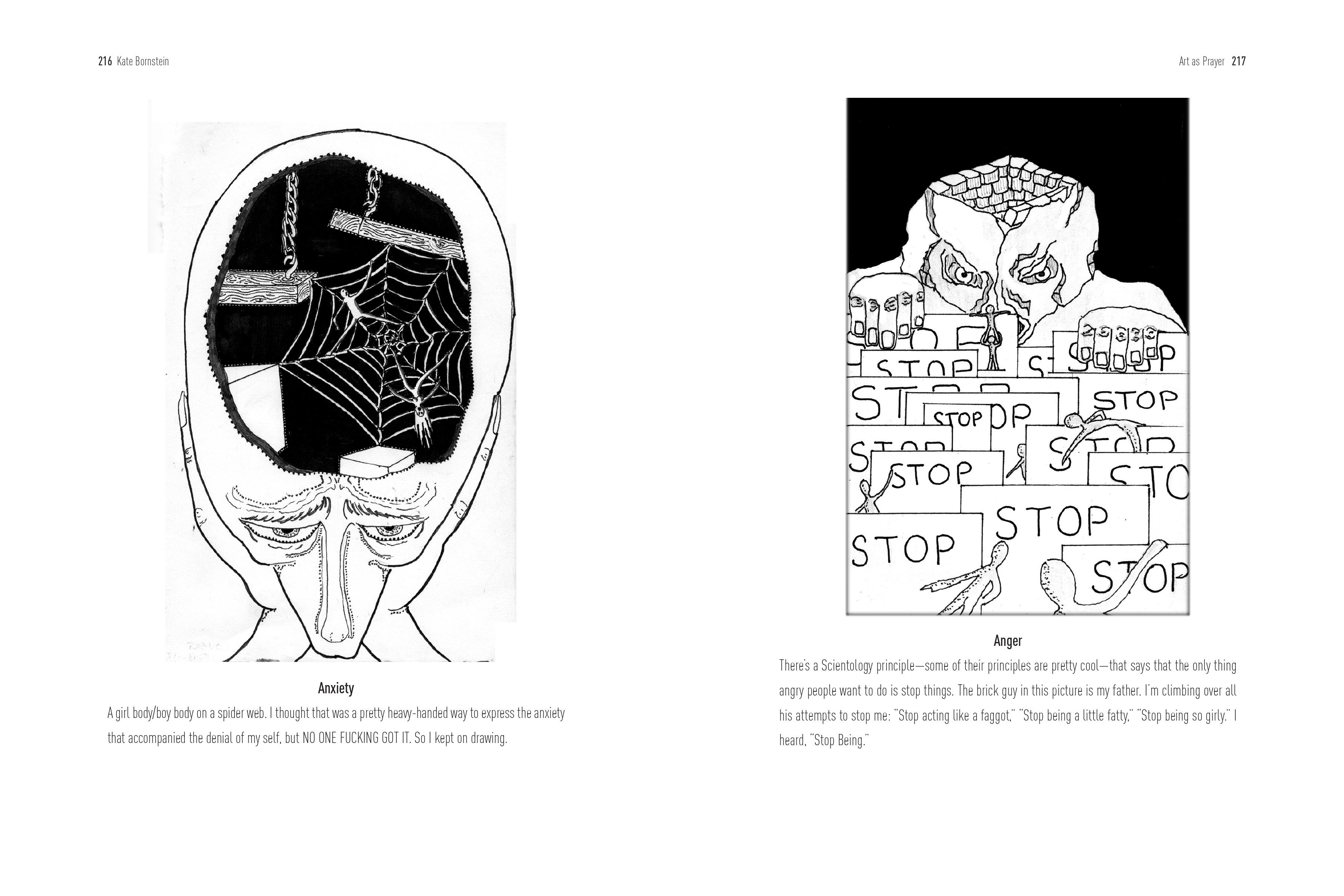 Now in its second edition, with a foreword by Amanda Palmer and new contributions from comedian Margaret Cho and street artist Swoon, Live Through This is an unprecedented, intimate exploration of self-destruction and creativity by some of our most daring writers and artists.

A visceral look at the bizarre entanglement of destructive and creative forces, Live Through This (a finalist for the 2008 Lambda Literary Awards) is a collection of original stories, essays, artwork, and photography. It explores the use of art to survive abuse, incest, madness and depression, and the often deep-seated impulse toward self-destruction including cutting, eating disorders, and addiction. Here, some of our most compelling cartoonists, novelists, poets, dancers, playwrights, and burlesque performers traverse the pains and passions that can both motivate and destroy women artists, and mark a path for survival. Taken together, these artful reflections offer an honest and hopeful journey through a woman's silent rage, through the power inherent in struggles with destruction, and the ensuing possibilities of transforming that burning force into the external release of art.

“The essays and visuals that make up Live Through This plum the depths of out-of-control lives, examining how self-destruction functions as both a hindrance and a productive challenge.”

“A kinda ground-breaking book ... an interesting read ... brings sexuality into the larger context of mental health, general well-being, and happiness in life.”

“For women whose talents include a canny ability to self-annihilate, this book is a tonic. Read it and weep. Literally.”

“Captivating, concise, and humbling, Live Through This is easy to put down between pieces and become just as immersed upon picking it up again.”

“Live Through This strikes me in all ways as a carefully crafted object—which so few books are these days.”

Letters to the Revolution

In a few days, our great nation will officially put a man into office. We all know who that man is, and his name strikes great chords of fear and confusion within our democracy. But it is not his name we fear, it’s what he represents. In a campaign that traumatized our nation, on both sides, it’s clear:

“Fear appears to be the winner in this election cycle more than any candidate or platform.”
- Vishavjit Singh

On Facebook, in conversations at work, in the silent meeting eyes of subway strangers—we have bought into this fear. Together, we are outraged. But alone, most of us are quietly afraid. While searching on Facebook, in need for community and understanding, every headline or post described catastrophe for yet another marginalized community. Mosques lit afire, swastikas scrawled on playgrounds, disabled people attacked by our fellow citizens—I personally felt helpless and unsure of what I could do to help.

Soon, I realized I was participating in a circle of self-enforced re-traumatization by simply reacting to all of the fear. I needed strength. I needed the words of our leaders to tell us what to do, to refocus our communities. To make us remember who we are and what we stand for apart from him—not who we are in his eyes.

But I knew a single voice wasn’t enough to combat the fear I felt. I needed a chorus, an orchestra, a seismic symphony of voices dedicated to stabilizing communities as we prepare to fight the tyranny of this upcoming administration. Because make no mistake, we are about to fight for our lives.

"There are allies, millions of them, known and unknown,
who can and will help us through the time ahead.”
- Kenny Fries

Out of that need came Letters to the Revolution, an intersectional online platform featuring letters from leading artists and activists. Our aim is to provide inspiration and direction to those who, like us, are vacillating between rage and pain, and are seeking ways to take positive action. Focusing on messages of survival, strength, solidarity, and hope, these letters are messages in a bottle to those wondering how to survive and fight in the revolution for equality in the coming months and years.

Making the platform intersectional was imperative, mostly because an attack upon one marginalized community is an attack against us all. Working with a small team of volunteers, we reached out to leaders in a variety of threatened communities. It was a mammoth task, we realized at our first meeting. Because when you look who the new administration is threatening, the answer is: everyone.

“Tyrants take note:
The natives are getting restless, and our numbers are on the rise.”
-Will Stolzenberg, author and conservationist

The concept for Letters was simple. We found leaders in each community, and asked them a simple question, “Write a letter to someone you love, or a community you care for, and give them one single concrete action they can do in response to this upcoming administration.” Directing letters to specific people or communities the authors care for is what most focused this platform. Because when you speak to someone with love and care, when you do your best to protect them, grains of wisdom are offered.

“To love in the face of hate is no small thing.
It is the greatest act of resistance we can practice.”
- Dwanna Robertson

The site is now up and offers letters every day in January to help kickstart the revolution that will be necessary for our survival in the next four years. Each quote that you read here is from a letter on the platform. I am honored by our contributors, from James Lecesne of the Trevor Project and Pulitzer-nominated playwright Dael Orlandersmith to leading climate change author and founder of 350.org Bill McKibben and comedian/actor Steve Way. Now I have an incredible army of fellow activists I can turn to when the going gets rough.

"Conspire with us on the right side of history."
- Guerrilla Girls

The next four years are going to be difficult. But we are amazing. We are strong, and the only way we’re going to make it through is if we care for each other. Please go to the site: Letterstotherevolution.com. Read a letter, share it, write your own to someone you love. And use the strength in the letters to inform how you will choose to fight in the next four years. You won’t be alone.

And now I know I won’t as well.

Sabrina Chap is an editor, musician and mental health advocate. She is editor of the Lambda-nominated collection, Live Through This: On Creativity and Self-Destruction. Also a noted mental health advocate, Sabrina tours the college circuit with lectures and workshops on the power of self-destructive behaviors. Sabrina also tours nationally and internationally as a musician and cabaret performer. The New Yorker has called her performances, "Rousing!" and The Advocate called her work, "evocative of a contemporary Cole Porter or Tom Lehrer." 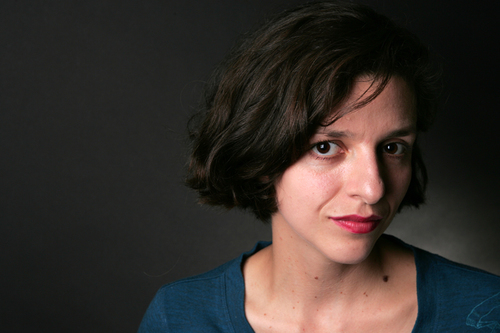 Hailing from the suburbs of Chicago, SABRINA CHAP is a playwright, cabaret dancer, spoken word artist, and singer-songwriter. She is the founder of the all-woman songwriter series Chicks that Kick, and editor of the zine Cliterature: 18 Interviews with Women Writers, and editor of Live Through This: On Creativity and Self-Destruction. Her plays, including Perhaps Merely Quiet and We Are the Parade, have been produced throughout the United States and Europe.

Other books by Sabrina Chap 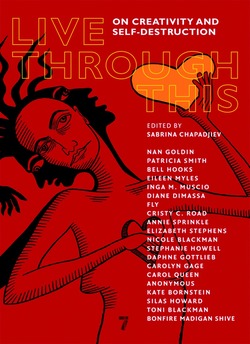 Live Through This: On Creativity and Self-Destruction